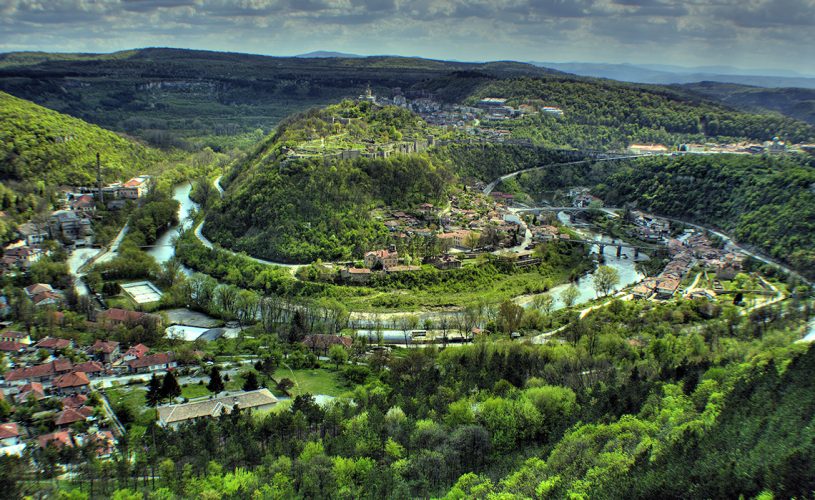 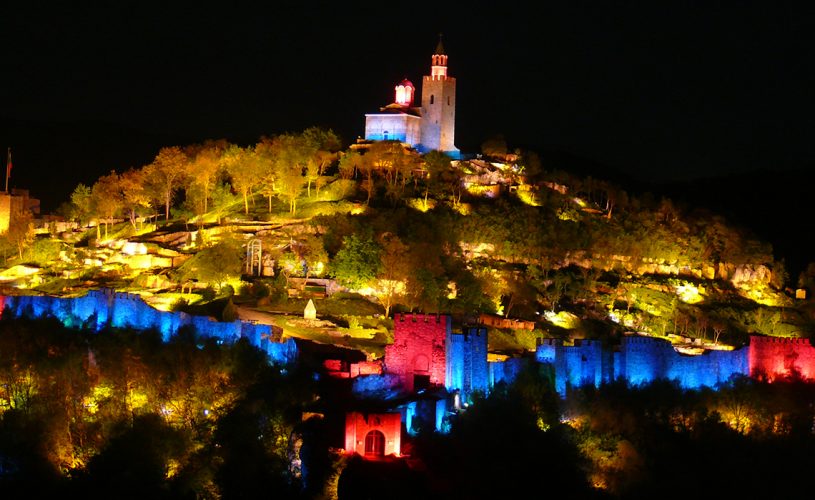 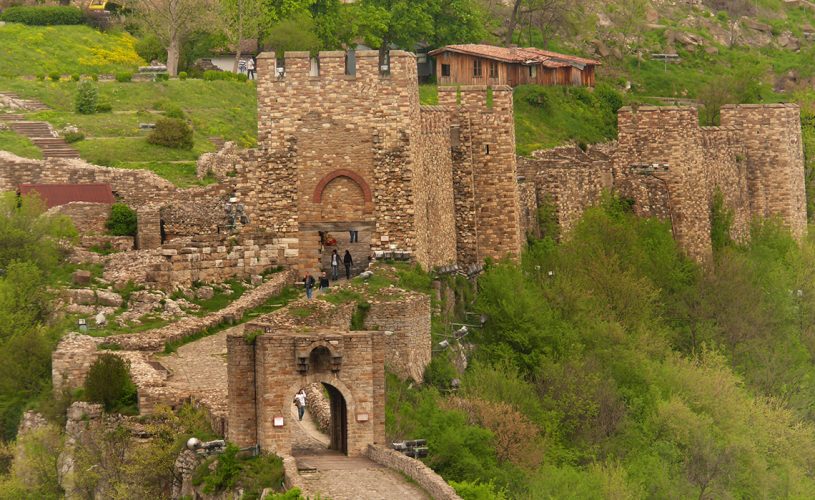 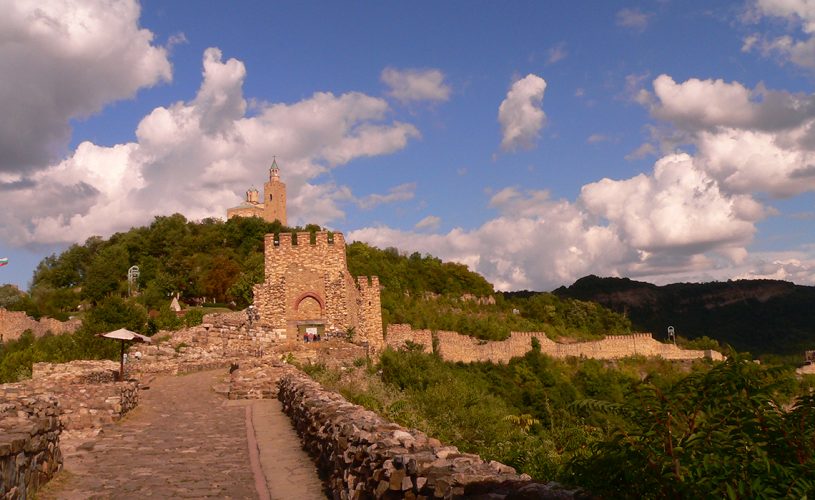 The Medieval capital of Bulgaria

Veliko Tarnovo is situated picturesquely on the steep banks of the Yahtra river in the most beautiful nature folds of the Balkan Mountains.

A Legend says that there were Roman fortifications which guarded the road to the magnificent Nikopolis.
When the barbarians invaded, the besieged and destroyed the great city. Then the Romans settled in fortresses. There were large undergrounds connected with a tunnel.
The Romans carried the treasures of Nicopolis into the galleries. The Romans supported the fortresses and survived for some time. When they had to retreat, they made fatal mechanisms in galleries spreading them with poison. They masked the secret entrances. The entrance to the dungeon under Tsarevets is located in the south. The gallery leads to an underground lake. Only a person knowing the secret of the treasure could continue. A hidden mechanism drained the water and there was another gallery.
There were several levels from this point downwards. The Romans left a treasure on each level. There were a lot of dangers in the galleries on the way to the treasures. If an uninitiated person entered there, he would never go out alive. In each room there were precious objects - gold and silver, decorated with precious stones. Countless gold coins were piled in heaps.

The basement of Maiden castle was on two levels. The treasure was below. The entrance was a big well. The bottom water was seen. Some stairs led down to the gallery. When the Romans withdrew, they put a stone on top and then buried it. There was a second entrance in the depths. The marked sign was a big square stone with a ball on top.

The Tsarevets Hill is located in Veliko Tarnovo. The main fortress of the medieval town of Tarnovo is situated on it. In the 9th century on the site of the early Byzantine fortress a Old Bulgarian settlement emerged and developed and expanded during the First Bulgarian state. In the 12th century the village was built with a lot of Bolarian properties. In 1886. the archaeological excavations of Tsarevets from the Czech scholar Karl Schkorpil begin and continue in 1893. and 1900. In 1930, excavations were made and Balduin Tower was restored. The first gate at the main entrance was restored in 1932-34. After 1946. systematic studies of the palace of the Second Bulgarian State began. In 1958, and 1959. The Regional History Museum started studies of the Tsarevets fortress system. It has been established that in the construction of Tsarevets fortress there are three periods: the first is from the early Byzantine era; The second was to the first half of the 12th century, well before 1185; The third one is probably in the 13th century, and the fortress wall has undergone four repairs and expansions. In the central part of the Tsarevets fortress was built the Palace of the Bulgarian Kings, which was a separate ensemble surrounded by fortress walls and battle towers. At the fall of Turnovgrad under Ottoman rule, the Palace of the Bulgarian Kings was burned and destroyed.

The audio and visual spectacle "Sound and Light" aims to build a memorable emotional image on the hill Tsarevets fortress, bringing together the entire historical essence, grandeur and glory of the ancient throne of Tarnovgrad - synonymous with the Bulgarian spirit and national pride. Leading element is the specially written music that traces the historical events and characterizes their invisible images. The musical theme overlaps consistently thoughts about the creation of the Bulgarian state 681; the struggles for its consolidation, as well as the peaceful construction work of the liberal Bulgarian people. Gradually rhythm increases, new themes are introduced, symbolizing the raids of one or another enemy. And as if the hill burned in red fires sounds like "The Many Years" - praising the heroic past and blessing for the future.

Patriarchal Cathedral of the Holy Ascension of God

The Bulgarian Patriarchate is the second major architecture monument of Tsarevets. It is richly decorated inside and out. The Patriarchal Church was built in two stages: the first –in the beginning of XIII century, the second - in the XIV century.During the exploration and diggings there have been found a lot of decorative plates and four-rosettes, decorated in various colours,as well as numerous paintings showing the Bulgarian craftsmanship over the centuries.Three open spaces have been found near the South wall and the middle one is a tower with a bell- a rare phenomenon in the church architecture in the Balkans.

Art Gallery of Veliko Tarnovo is one of the oldest in the country. It is a real architectural monument, which operates from 1934 is situated in the heart of the city. Its exposure is one of the - biggest in Bulgaria. Over the years,it is supplemented and enriched with High artistic works ranging collection of about 5000 works divided into three sections paintings, prints and sculpture. The gallery collects and stores works of Bulgarian artists from different generations and periods of development of the Bulgarian art. The Fund is exposed in adapted building in Park Asenevtsi. On the first floor are exhibited works on Veliko Tarnovo through the eyes of the artist "and the second freely chosen works of the gallery. In close proximity to the State Art Gallery, is the monument of Asen and Stambolov bridge of which there could be seen a wonderful view of the neighborhood Varusha, Gurko Street, and to defile the Yantra river.